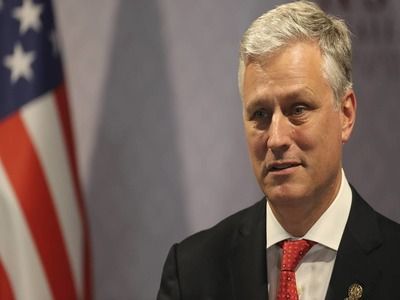 The White House Announces Intention to Negotiate Disarmament with Russia

WorldInterstate relationsMilitary securityMinistries and departments
OREANDA-NEWS. US President Donald Trump is very interested in a dialogue with Russia on arms control and disarmament. However, Washington will formulate its position on the possibility of extending the Russian-American Treaty on Measures to Further Reduce and Limit Strategic Offensive Arms later. This was stated by Assistant President of the United States for National Security Robert O'Brien, speaking on Tuesday at the Atlantic Council in Washington.

“As for the New START Treaty, we will negotiate with the Russians on nuclear weapons and disarmament issues. It seems to me that the Russians and President Vladimir Putin are interested in this”, said the adviser to the American leader.

At the same time, he argued that the United States wasn't in a position to express its opinion on the future fate of the START Treaty, which expires in less than a year. “I don’t think we can predict this now”, said O'Brien. According to the information he presented, Russian-American contacts on disarmament and arms control issues, including those related to the START Treaty, will continue in the near future. However, O'Brien did not give any details.

In January, Russian Foreign Minister Sergei Lavrov announced that Moscow did not intend to try to force Beijing to engage in an arms control dialogue with Washington.
Source: OREANDA-NEWS
Материалы по теме: