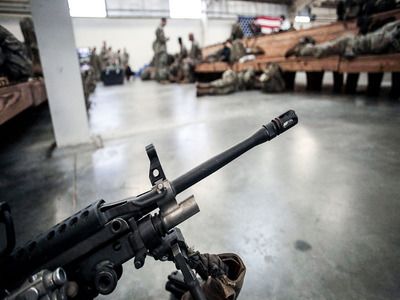 WorldMilitary securityTerritorial administrationInterstate relations
OREANDA-NEWS. US ground forces intend to deploy new units on the Pacific islands to neutralize the capabilities of the armed forces of China and Russia, Bloomberg reports citing Ryan McCarthy, head of the federal agency managing the affairs of the US army.

According to the official, it is about creating special forces capable of conducting cyber attacks and information warfare, as well as striking at sea and ground targets with the help of hypersonic missiles and other types of long-range high-precision weapons. According to McCarthy, the deployment of such units on the islands east of Taiwan and the Philippines will allow ground units to pave the way for the US Navy and Air Force.

“This step is designed to neutralize all investments already made by China and Russia”, said McCarthy. According to him, the deployment of new army units in the Pacific will be accompanied by the strengthening of cooperation with the National Reconnaissance Office, the HPO, thanks to which special forces will be able to quickly receive data from satellites.
Source: OREANDA-NEWS
Материалы по теме: