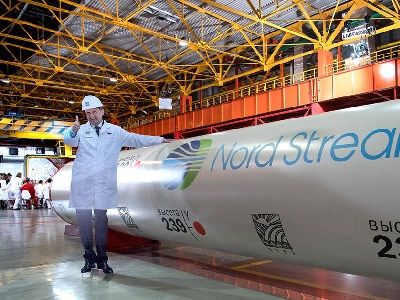 US Called All Countries to Withdraw From the "Nord stream-2"

OREANDA-NEWS  Russia is seeking to cut Ukraine away from Europe due to the implementation of the project "Northern stream - 2". This statement was made on Monday at a special telephone briefing for journalists assistant Secretary of State for the use of Energy Resources Francis Fannon.

"Northern stream-2" and the expanded Turkish stream, on the contrary, are aimed at increasing [Europe's dependence on Russia as an energy supplier], rather than at strengthening security. These are not commercial projects, these are political tools, " - said the employee of the us foreign Ministry.

From his point of view, "Russian energy companies are an offshoot of the state." "And the Russian state uses energy to forcibly achieve political goals. Through the Nord stream - 2 project, Russia is seeking to strengthen its leverage over the West, while cutting off Ukraine from Europe," Fannon believes.

Washington, for a number of geopolitical reasons, openly opposes the construction of the Nord stream 2 pipeline and is making active efforts to block this project. Many experts point out that the US is trying to "push" thus supplies to the European market of its liquefied natural gas, which is much more expensive than the Russian pipeline. Adopted last year, U.S. law CAATSA ("ON countering the enemies of America by sanctions") envisages the possibility of unilateral restrictive measures, including in relation to firms participating in the project "Northern stream - 2".

The latter is aimed at the construction of two lines of gas pipeline with a total capacity of 55 billion cubic meters of gas per year from the coast of Russia through the Baltic sea to Germany. Commissioning of Nord stream 2 is scheduled for the end of 2019. The capacity of each of the two threads is 27.5 billion cubic meters per year. The new gas pipeline will double the capacity of the first" Nord stream", the route of which will basically repeat.

The cost of construction of the "Nord stream - 2" is estimated at €9.5 billion, the operator of the gas pipeline project is the company 2 the Nord Stream AG, the sole shareholder of which is Gazprom.