A Quarter of Russians Have Lost Confidence in Television 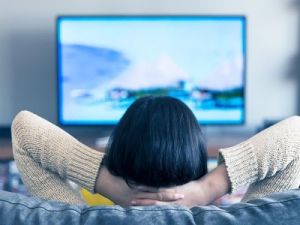 OREANDA-NEWS The number of Russians trusting television has fallen from 79% to 54% in ten years. At the same time, less and less people also receive information via TV.

This indicator decreased from 94% to 72%, follows from the report of the Levada Center. At the same time, television remains the main source of information for the public. Most Russians will learn the news on Russia 1 and Channel One. At the same time, their popularity over the year decreased, respectively, from 57% to 48% and from 72% to 47%.

Least of all information is received on television by young people under 25 years old (42%), most often people 65 years and older (93%). Further, information sources were distributed as follows: Internet - 32%, social networks - 34%, about a third of respondents preferred video blogs. From relatives and friends 18% of respondents learn news, from newspapers and on the radio - 12 and 15% respectively, 1% of Russians read telegram channels.