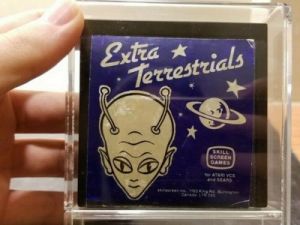 OREANDA-NEWS On eBay, the game Extra Terrestrials was sold for $ 90,000 (approximately 5.7 million rubles).

This is the only Canadian game released on the Atari 2600, according to the portal Ferra.

It is based on Steven Spielberg’s famous Alien. The goal of the game is to collect the three parts of the interplanetary phone.

Its release in the distant 80s was not as successful as the creators had expected: the release coincided with the height of the crisis of the computer games industry. The developers managed to distribute about two hundred copies of Extra Terrestrials. They say that in order to somehow return the money spent, they went from house to door to their neighbors — door to door, offering to buy their game. Until today, only a few cartridges have been preserved. At least, only four copies are known.

It is reported that the copy sold on eBay was quite working.