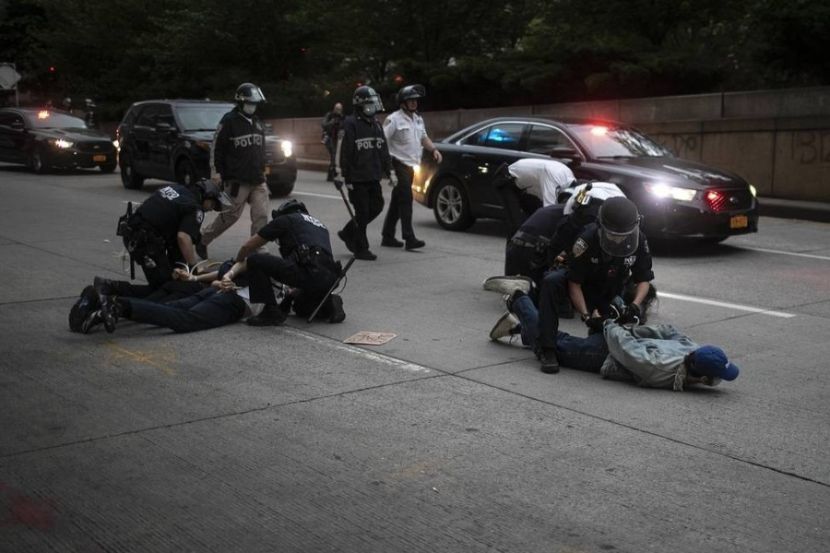 Police Detained More than 9 Thousand Protesters in the United States

OREANDA-NEWS. Associated Press reports that the police of the United States detained about 9.3 thousand protesters in major cities of the country from the moment when the riots started. Most of the detentions occurred in Los Angeles (about 2.7 thousand people) and New York (1.5 thousand). Several hundred people were detained in Dallas and Houston (Texas) and in Philadelphia (Pennsylvania).

According to reporters, at least 11 people died during the clashes, most of them are Afro-American. Tragic cases occurred in Chicago, Detroit, Indianapolis, Omaha, Saint Louis, Davenport, Auckland, Minneapolis and Louisville. The number of injured people is still impossible to determine.

The cause of the protests that have not ceased in the United States over the past few days is the death of Afro-American George Floyd who died after an arrest by Minneapolis policemen. According to the latest information, curfew has been introduced in more than 40 American cities, state of emergency is in effect in three. About 5 thousand fighters of the National Guard are mobilized in 15 states and in the capital of the country Washington.
Source: OREANDA-NEWS
Другие новости: