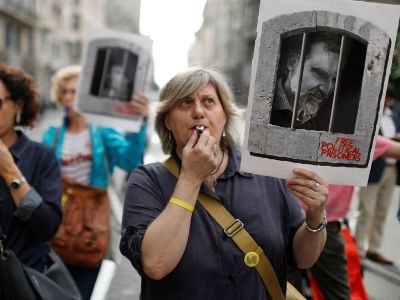 OREANDA-NEWS. The Supreme Court of Spain sentenced 12 leaders of the separatists who advocated autonomy of the community of Catalonia in 2017. Reuters agency reported that 9 of them were sentenced to prison terms ranging from 9 to 13 years.

Former Catalan leader Carles Puigdemont, who earlier fled to Belgium, condemned the decision of the Spanish court. “100 years of prison in total. A barbarity. <...> It’s time to react like never before. For the future of our children. For the democracy. For Europe. For Catalonia,” he wrote on his Twitter page.

On November 10 2019, pre-term parliamentary elections will be held in Spain. It will be the fourth election in the country during the period of four years. Before that the elections in Spain took place at the end of April. The Spanish Socialist Workers’ Party won, it took 123 places in the lower house of parliament. The center-right People’s Party took the second place.