The United States Included the Russian Imperial Movement in the List of Terrorist Organizations
State, 06.04.2020, 19:37

20 Years Ago, Putin Was Offered the Post of President of the Russian Federation 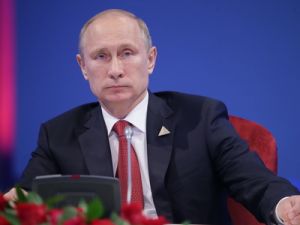 OREANDA-NEWS  Exactly 20 years ago, on August 5, 1999, the current president of the Russian Federation, Boris Yeltsin, called to his office the then head of the FSB, Vladimir Putin.

Yeltsin offered Putin the post of head of government, and also advised him to think about "the highest position."

Later, in his memoirs, Boris Yeltsin wrote that Vladimir Putin looked at him carefully, but was silent. Suspecting the interlocutor’s doubts, Yeltsin said he believed in Putin.

In a conversation with Bill Clinton, Yeltsin described Putin as a "solid and decisive" person.

An article on this subject was published by Moskovsky Komsomolets.