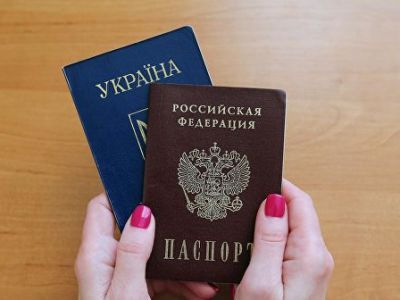 OREANDA-NEWS. The queue of people wishing to obtain Russian citizenship was formed near the office of the migration service of the self-proclaimed Donetsk People’s Republic in its capital. Applications for getting Russian passports are accepted under the simplified procedure.

On April 24, Russian President Vladimir Putin signed a decree on the simplified receipt of Russian passports by residents of some districts of Lugansk and Donetsk regions of Ukraine. Putin said that the matter was humanitarian, Russia did not have a wish to make problems for Kiev, but the situation with civil rights in the Donbass had gone beyond bounds.

According to the information of the Ministry of Internal Affairs of Russia, officials in Donetsk People’s Republic and in Lugansk will receive applications for obtaining Russian citizenship. Later they will be examined in the Rostov Region. It is assumed that the process will take up to 3 months. In the ministry they noted that it would be possible to apply for a Russian passport without renouncing Ukrainian citizenship.

After signing Putin’s decree Kiev politicians said that they could deprive the residents of Donbass of their Ukrainian citizenship.

Foreign Ministry of Ukraine sent the note to their Russian colleagues which said that it “strongly demands that the Russian side urgently annul all illegal decisions regarding issuing passports for Ukrainian citizens and eliminate their negative consequences.”

Deputy Minister for the temporarily occupied territories of Ukraine Yury Grymchak proposed to deprive the residents of Donbass of Ukrainian citizenship for obtaining a Russian passport recalling that, according to the Constitution, Ukrainians can have only single citizenship.