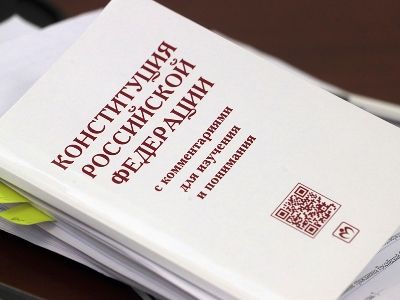 OREANDA-NEWS. 66 % of Russian citizens are ready to take part in voting on amendments to the country’s Constitution. It follows from a survey held by the Russian Public Opinion Research Center. 41 % of the respondents answered “yes” to the question about possible participation, 25 % said “sooner yes”. More often their plans to visit polling stations were announced by Russians aged 45–59 and over 60: these figures are 70 % and 73 %.

The number of those who know about the upcoming vote on amendments to the Constitution is increasing: by February 20, compared with almost a month earlier, the percentage of those who heard about it grew from 72 % to 79%.

23 % of respondents are familiar with the essence of amendments. The following proposals are the most popular: availability and satisfactory quality of health care, providing social support to children, minimum wage not less than the cost of living, annual indexation of pensions, inalienability of Russian territories, ban for officials to have a residence permit in another country, foreign citizenship or accounts abroad.