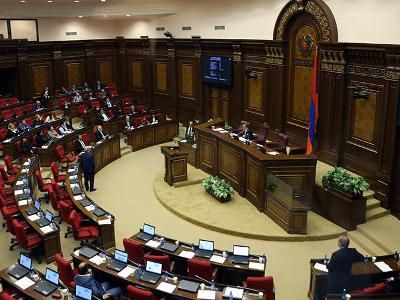 OREANDA-NEWS. The Armenian parliament during an extraordinary meeting decided to hold a referendum on the early resignation of the chairman and members of the Constitutional Court of the republic. It is known that 88 out of 132 deputies voted for the adoption of the bill.

The head of the ruling parliamentary faction My Step Lilit Makunts commented on the period in which the referendum may be held. “It depends on when the president signs the decision. …The referendum will be held at the end of March or until April 5,” she said.

A day before it was reported that My Step Alliance had developed a bill according to which the powers of the head and members of the Constitutional Court would be terminated. According to the bloc’s parliamentarians, there is a difference between the authorities of the members of the Court, who were appointed before the constitutional amendments in 2015, and the judges, who were elected after it. Politicians also believe that it is impossible to raise the public image of the Constitutional Court with its current composition.