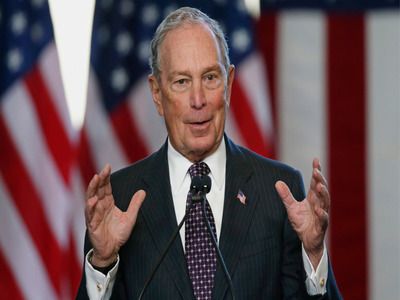 Bloomberg Spends a Quarter of His Campaign Budget on Advertising

According to Advertising Analytica, Bloomberg spent $ 116 million more on political advertising than his rival Democrat Tom Steyer, who, like the ex-Mayor of New York, relies on his personal fortune to finance campaigns. Bloomberg’s advertising costs are more than eight times the cost of Vermont Senator Bernie Sanders, who spent $ 26.8 million on this.

The study said that the current president of the United States, Donald Trump, who intends to be re-elected for a second term, has currently spent about $ 46 million on political advertising. Most of these funds were sent by his headquarters to digital advertising.
Source: OREANDA-NEWS
Материалы по теме: