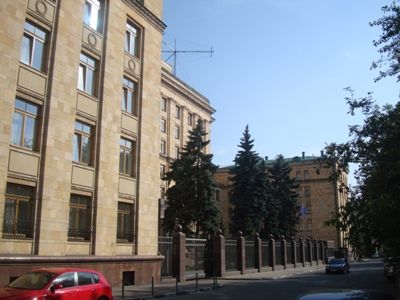 OREANDA-NEWS. The Czech Republic is protesting against the action near the embassy in Moscow, which was held on April 5 by members of the left-wing radical organization Other Russia.

According to the report, the protesters fixed a banner with the words “Stop fascism” on the fence of the embassy and threw a smoke bomb into its territory. They expressed dissatisfaction with the decision of the Prague authorities to remove from the pedestal a monument to Marshal of the Soviet Union Ivan Konev. As a result of the incident, no one was injured; there were no detentions.