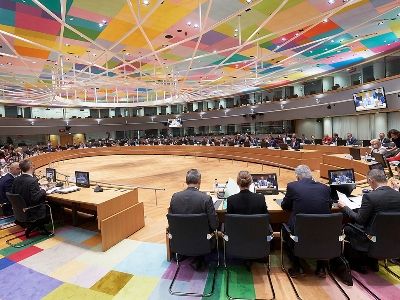 OREANDA-NEWS. The Council of the European Union extended the expiration date of economic sanctions against certain sectors of the Russian economy until July 31, 2020. The decision to extend the sanctions was taken at the EU summit on December 12.

“Given that the Minsk agreements are not fully implemented, the European Council unanimously took the political decision to renew the economic sanctions against Russia,” the statement of the Council says. The decision will enter into force after publication in the Official Journal of the EU.

The EU and the United States imposed sanctions against Russia in 2014 after the annexation of Crimea and because of events in the south-east of Ukraine. Since then, restrictive measures have been repeatedly extended.

The sanctions concern the financial, energy and defense sectors, as well as “dual-use goods for military use or military end users in Russia.” The duration of the restrictive measures was linked “to the complete implementation of the Minsk agreements, which was foreseen to take place by 31 December 2015.” “Since this did not happen, the sanctions have remained in place,” the message says.

Earlier, German Foreign Minister Heiko Maas said that the time for lifting anti-Russian sanctions has not come yet. He was supported by the EU High Representative for Foreign Affairs and Security Policy, Josep Borrell, who promised not to ease the sanction pressure on Russia in order to maintain the sovereignty and territorial integrity of Ukraine.

President of Ukraine Volodymyr Zelensky also claimed to extend the sanctions against Moscow. The politician said that the EU needs to continue to put pressure on Russia “until the Minsk agreements are fully implemented.” At the same time, Zelensky considers that the Minsk agreements should be changed.
Source: OREANDA-NEWS
Материалы по теме: