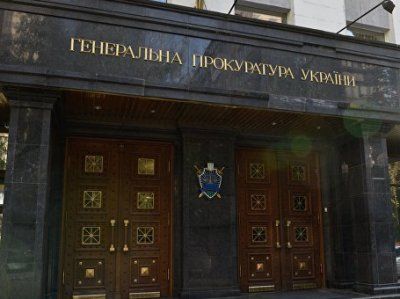 In Ukraine, a Case of the Interference in USA Elections Will Be Reopened

OREANDA-NEWS. A district court in Kiev upheld the claim of independent deputy of the Verkhovna Rada Andriy Derkach, who demanded to cancel the decision of the Prosecutor General’s Office to close the criminal case of possible interference of representatives of the National Anti-Corruption Bureau of Ukraine (NABU) in the USA presidential election in 2016. “The complaint of Derkach Andrei Leonidovich against the decision to close the criminal case is satisfied,” the decision of the Pechersk district court says.

Thus, as Derkach notes, the criminal case of the interference in the US elections, opened by the Prosecutor General of Ukraine in 2017 and closed in January 2019, will be reopened.

Earlier, the National Bureau of Investigation started investigative actions in the case of the possible influence of the head of the NABU Artem Sytnik on the election of the US President in 2016. Ex-Prosecutor General of Ukraine Yuriy Lutsenko said that the agency was investigating whether the NABU deliberately published the financial reports of the double-entry book-keeping of the Party of Regions during the 2016 presidential campaign in the United States, where Paul Manafort, the former head of the campaign headquarters, was mentioned. NABU denied the statements of Lutsenko, calling them “an absurd attempt to discredit an independent anti-corruption institution.”

In September 2019, Rudolph Giuliani, the lawyer of US President Donald Trump, promised to publish evidence of Ukraine’s interference in the presidential election in 2016.