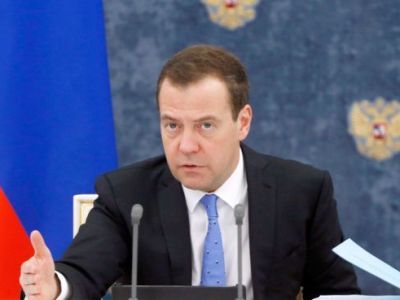 OREANDA-NEWS. Deputy Chairman of the Security Council of Russia, Dmitry Medvedev said at an online meeting with business representatives that in connection with the epidemic, the situation in some industries “resembles a collapse, that is, there is simply nothing.” It is necessary not to downplay the problems, the politician stressed.

The ex-prime minister noted that President Vladimir Putin has already made certain decisions to support the economy. “But it is clear that life will go forward and the situation will develop,” Medvedev added.

He also touched on the problems of companies that remained to be small and medium-sized, but did not reach the level of large business. According to Medvedev, the government should pay attention to such companies and include them in the lists of the enterprises to be helped.