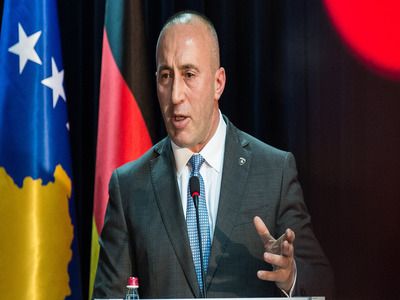 PoliticsTerritorial administrationInterstate relationsEvents
OREANDA-NEWS. An agreement between Belgrade and Prishina cannot be reached if the Serbian side proceeds from the position that "and it should get something." This was announced on Wednesday night by the new Prime Minister of the unrecognized Kosovo Albin Kurti.

“The approach of the Serbian President Aleksandar Vučić that they should receive something from Kosovo cannot be the starting point in solving the problem. With this approach, I don’t see that we can find a solution, but together with Western states we can create a context where it will be possible to find a solution, "said Kurti, adding that" Serbia, in fact, never owned Kosovo, and during the Milosevic regime lost it".

Kurti commented on the statement in Belgrade. The head of the Office of Kosovo and Metohija under the Cabinet of Serbia, Marco Djurić, said that Kurti only wants to “surrender Serbia”, which will never happen. Earlier in his keynote address in parliament, the leader of the radical Self-Determination Albin Kurti said he was ready to engage in dialogue with Belgrade. The new prime minister also intends to "prepare the Kosovo society for joining NATO."
Source: OREANDA-NEWS
Материалы по теме: