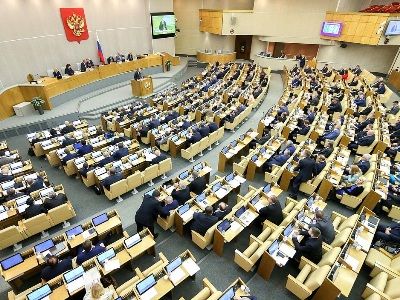 OREANDA-NEWS. The representative of the unregistered public organization Open Russia Tatyana Usmanova, the member of the unregistered Party of Changes Maria Kuznetsova and the head of the Yegor Zhukov Team Yevgeny Ovcharov submitted a notice to the city hall for holding a rally on March 21. The declared number of participants is 50 thousand.

“The organizers consider it unacceptable to rewrite the Russian Constitution in the interests of the ruling elite and urge all political forces and all people who want freedom, development and prosperity for themselves and Russia to join the rally. In fact, the matter is usurping power by Vladimir Putin. A country, where power has not changed for more than 20 years, has no future,” the press secretary of Open Russia Konstantin Fomin told Kommersant newspaper.

Vladimir Putin, speaking in the State Duma on March 10, said that the presidential terms after the adoption of amendments to the Constitution may be “nullified” if the Constitutional Court approves it. Prior to this, Valentina Tereshkova, a State Duma deputy from political party United Russia, took this initiative. The lower house of the parliament supported it: 380 deputies voted in favor, 43 voted nay.