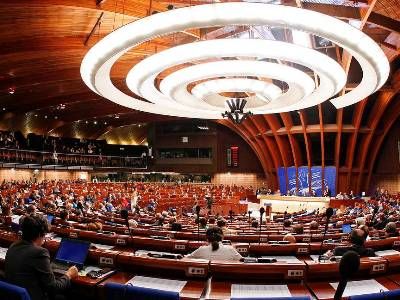 OREANDA-NEWS. The Monitoring Committee of the Parliamentary Assembly of the Council of Europe (PACE) rejected most of the anti-Russian amendments to the resolution on the extension of powers of the delegation of the Russian Federation.

This was stated by the head of the Russian delegation, Vice Speaker of the State Duma Pyotr Tolstoy. “At the meeting, the Monitoring Commission rejected most of the amendments to the resolution of Tiny Kox [Representative of the Netherlands. – Ed.]. They all were of explicit anti-Russian character,” he said. Tolstoy added that there is still a majority in the Assembly’s deputy composition that does not succumb to provocation by the authors of the amendments, Great Britain and Ukraine.
Source: OREANDA-NEWS
Материалы по теме: