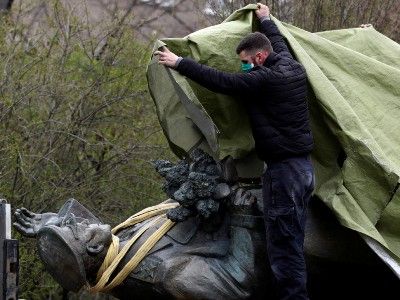 OREANDA-NEWS. Mayor of Prague Zdenek Hrib called unacceptable criminal proceedings by the Investigative Committee of Russia in connection with the dismantling of the monument to Soviet Marshal Ivan Konev in the Czech capital.

“We consider unacceptable the persecution of democratically elected representatives of another state for fulfilling their mandate,” Hrib said. The Mayor also noted that in accordance with Czech law, the city hall has no right to influence the decision-making process of municipal authorities, in particular the administration of the district Prague 6, where the monument was located.

By order of local authorities, the monument to Konev, which was erected on the Interbrigade Square in Prague, was removed from the pedestal on April 3. In response, Russian investigators opened a criminal case under the article on the desecration of symbols of military glory.