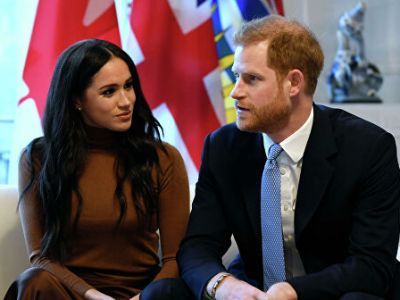 OREANDA-NEWS. The grandson of Queen of Great Britain Elizabeth II, Prince Harry and his wife Meghan Markle, announced the renunciation of the powers of high-ranking members of the royal family.

The Duke and Duchess of Sussex announced their decision on their Instagram page. " We intend to step back as “senior” members of the Royal Family and work to become financially independent, while continuing to fully support Her Majesty The Queen,” the statement says. In addition, Prince Harry and his wife plan to spend more time in North America. They also announced the launch of their new charitable entity.

An official statement of Buckingham Palace says that discussions with the Duke and Duchess of Sussex are at an early stage, and the study of these complicated issues will take some time. According to The Times newspaper, the couple hastened to publish a statement without prior discussion with Queen Elizabeth II who was disappointed with this decision.
Source: OREANDA-NEWS
Материалы по теме: