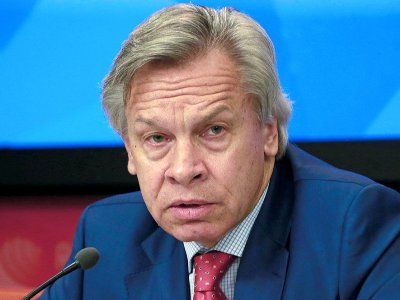 OREANDA-NEWS. Member of the Federation Council of Russia Aleksey Pushkov commented on a statement by US President Donald Trump on reconciliation between Russia and Ukraine.

On February 23, the head of the White House before his departure for India, shared his opinion with reporters that he would like to see peaceful relations of Moscow and Kiev. “I would like them to agree. If they… got along with each other, it would be wonderful for the whole world,” Trump answered the question about the relations of the two countries.

“Does Trump really want Russia and Ukraine to make peace? And what did he do for this? Did he influence dependent Kiev to change his course, or servile Warsaw so that it would not add fuel to the flames? In the absence of action, words mean little. Trump’s statements are the best example for it,” Pushkov wrote on his Twitter page.
Source: OREANDA-NEWS
Поделиться в соцсетях:
Подписаться на наши группы: Instagram | VK | Facebook | Twitter
Rate this article: