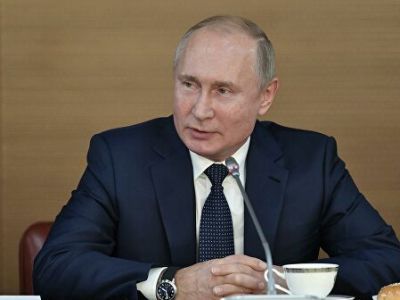 Putin Proposed to Abolish One of Russia’s International Payments

OREANDA-NEWS. Russian President Vladimir Putin proposed denying recognition of the work of the international commission investigating violations of humanitarian law in armed conflicts. This is stated in the draft law offered by the Russian leader to the State Duma.

“Since 1991, the commission has not actually performed its functions. There is no Russian representative in it. Moreover, the Russian Federation pays an annual contribution to the commission’s budget,” the document says. In addition, the explanatory note emphasizes that in the current situation on the international scene, the risks of abuse of commission powers by unscrupulous countries for political purposes became greater.

The draft law has already been supported by the government.

According to the Parlamentskaya Gazeta newspaper, the head of the Duma’s Committee on International Affairs Leonid Slutsky announced his readiness to submit this bill to the lower house of parliament on a priority basis.

The deputy praised the president’s proposal and supposed that it would most likely be adopted. “The decision is absolutely balanced and justified. I have no doubt that the committee will support the draft law. The main matter here is the actual inaction of the commission, as well as, and not least, the danger of its politicization, while at the same time a hypothetical possibility of using it to escalate the situation in the international arena,” Slutsky said.

The Geneva Convention Relative to the Protection of Civilian Persons in Time of War (the Fourth Convention) was adopted in 1949. The document is included in the international law, it is executory not only for states that have signed it, but also for other countries participating in military conflicts.