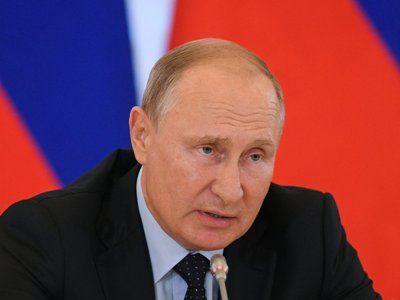 OREANDA-NEWS. Russian President Vladimir Putin said that theoretically a transition to a parliamentary republic in Russia is possible, but he considers this inappropriate.

According to the politician, “it is better not to experiment” with the form of government. “Is this possible in our country? Theoretically, it is. Is it reasonable or not? Everyone has his own opinion on this matter. I believe, not,” Putin said at a meeting with public in the city of Lipetsk. He explained that an effective parliamentary republic needs many years of experience in the functioning of political parties, while in Russia, political movements are usually associated with a single person.

At the same time, the head of state noted that the parliamentary form of government sometimes “fails”. Since Russia is a country with a large territory, citizens of different nationalities and religions, it “still needs a strong presidential power,” Putin concluded.