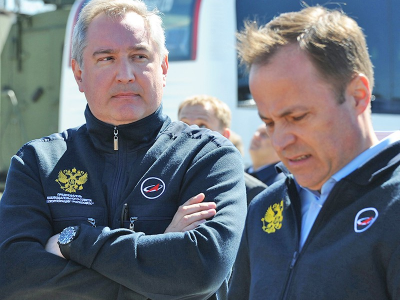 Rogozin: Space is the Next Sphere of Military Operations

OREANDA-NEWS. The head of Roscosmos, Dmitry Rogozin, responded to the words of US President Donald trump about the creation of space forces.

The Director General of Roscosmos believes that militarization in the space sector is inevitable.  "Slowly but surely, this is happening. At Roskosmos, no one has any illusions about this," he wrote on Twitter.

With its intentions to use outer space for military purposes, the United States creates the prerequisites for its militarization, Moscow notes.  Russia will have to respond to these threats with both asymmetric and mirror measures.