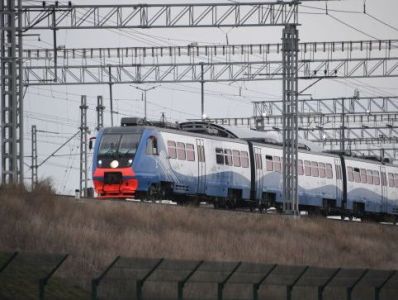 OREANDA-NEWS. Russian politicians commented on a statement by the US Embassy in Ukraine condemning the launch of rail links to the Crimea.

The head of the working group on international legal issues at the Permanent Mission of Crimea for the President of Russia, Alexander Molokhov, said that Washington’s condemnation of the start of train traffic on the Crimean bridge was caused by nothing but envy.

State Duma deputy from the Republic of Crimea, Andrei Kozenko, noted that the United States should not interfere in the internal affairs of Russia. “The United States, like Ukraine, initially stated that the Crimean bridge does not exist, that it’s just a hologram developed in… secret laboratories. So… nonexistent trains were launched through nonexistent bridge,” the parliamentarian added.

Another deputy from the Crimea, Ruslan Balbek, said that Russia is not going to listen to anyone’s instructions when a matter is connected to its national interests. The politician also noted that expressing concern in this case is a sort of “curtsy” to Kiev, but trains to the Crimea will go despite the protests.