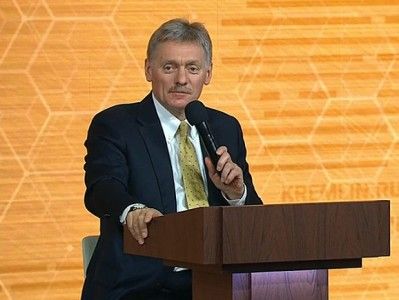 OREANDA-NEWS. Russian Presidential Press Secretary Dmitry Peskov commented on a telephone conversation between Russian and Ukrainian presidents Vladimir Putin and Volodymyr Zelensky on the implementation of the Minsk Agreements.

He emphasized that the initiative on joint patrolling in the Donbass, presented during the talks between the heads of countries, should be considered taking into account the views of the leadership of the unrecognized republics. It is necessary to establish a dialogue with them, while not all parties are ready for this. “As far as we understand, Kiev does not take the initiative to start a dialogue with the Donbass. As for the direct question, it was the topic of discussion of the meeting of the “Normandy format” in Berlin. A document was adopted in Paris, it said that the Minsk Agreements had no alternative,” Peskov said during a briefing with reporters on February 17.

Commenting on the question of what Zelensky’s response was, the spokesman said that he has no right to “make public the details of the telephone conversation.”
Source: OREANDA-NEWS
Поделиться в соцсетях:
Подписаться на наши группы: Instagram | VK | Facebook | Twitter
Rate this article: