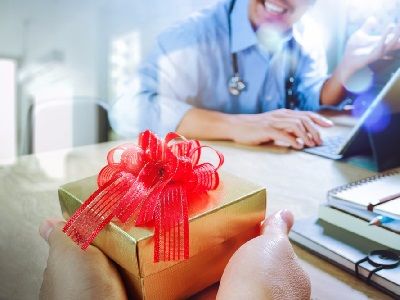 In the explanatory Memorandum the government said that the purpose of the amendments is to establish consistent approaches and to clearly identify which legal entity and its employees are established to perform tasks of the Federal state authorities, state authorities of the subject of Federation and local government.

As explained in an interview Director of the Department of Public Service Development of the Ministry of Labor Dmitry Basnak, this list will include institutions, enterprises, structures that are financed from the budget. "For example, almost all health and education institutions. It is also planned to extend the standards to organizations that are created and controlled by state corporations," the official explained. Basnak specified that to them will forbid to accept gifts in connection with execution of official duties. "That is, this applies to doctors, teachers," he concluded. "We propose to establish that an employee should hand over a gift, if it is received at an official, Protocol event, to the authority, regardless of its value. Of course, there are exceptions, for example, an employee can keep flowers, stationery printed products and valuable gifts that are received as a reward and reward from the employer", — said Basnak.

He added that the popular practice of patients to thank doctors with cognac is questionable.

According to the new law, presents will be possible only in connection with Protocol and official events. "Employees will also be allowed to accept gifts in the form of printed products with the logo of the state body, local government, organizations and flowers," the draft law says.

The gifts received on Protocol actions "are subject to delivery and are recognized by Federal property, property of the organizations". "At the same time to hand over flowers, printing products, such as calendars and notebooks, as well as valuable gifts, which awarded the person, and notify of their receipt is not required," — the document says.

Basnak also expressed hope that the law will be adopted by mid-2019.

First Deputy Chairman of the Committee on security and anti-corruption Ernest Valeev told that the state Duma has not yet considered the project in detail. "There really is regulation of the order of receiving gifts, but mainly for those who fall into the list of prohibitions and restrictions related to the public service. Specifically for doctors and teachers I can not say yet, but they do not apply to civil servants," he said.