Russia's representative at Eurovision 2021 will be Сhosen by the Аudience 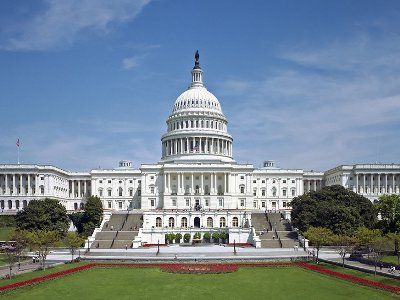 The US Senate Committee Approved a Package of Sanctions against Russia

The Senate should approve the document, but the timing of the vote is difficult to predict, because Senate majority leader Mitch McConell, who does not support the strengthening of sanctions, has flexible scheduling powers.

The package of sanctions is established in Defending American Security from Kremlin Aggression Act (DASKA). The authors of the initiative are Republican Lindsay Graham and his three colleagues: Robert Menendez, Cory Gardner and Ben Cardin.

This document assumes the following measures: sanctions against the new Russian public debt; sanctions against Russian banks that facilitate interference in elections in foreign countries; a ban on investment in oil production projects in Russia; sanctions against foreign energy projects involving Russian state-owned companies; updating the “Kremlin list” – sanctions against politicians and oligarchs whose activities contribute to illegal or corrupt actions in the interests of Russian President Vladimir Putin; sanctions against 24 officers of the Federal Security Service (FSB), whom the United States considers to be involved in the conflict in the Kerch Strait and the detention of Ukrainian sailors in November 2018.

Sanctions against public debt, officials, businessmen, banks, the shipbuilding sector and FSB officers imply blacklisting Russian companies and individuals. Restrictions on the energy sector are the so called secondary sanctions against individuals and companies of any nationality that invest or provide goods, services or technologies for export energy projects in Russia or domestic projects for the development of oil resources.
Source: OREANDA-NEWS
Материалы по теме: