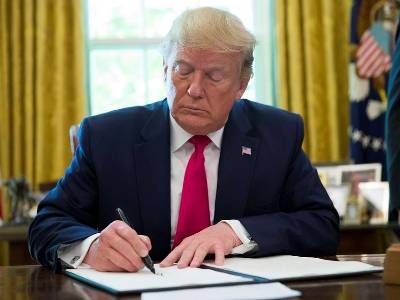 OREANDA-NEWS. On April 6, US President Donald Trump signed a decree to support the commercial exploitation of resources on the Moon and other celestial bodies, ordering the American administration to resist any attempt to view outer space as the public domain of mankind.

The text of the document distributed by the press service of the White House says that Americans should have the right to conduct commercial exploration, production, and use of resources in outer space in accordance with applicable law.

The decree emphasizes that the United States does not recognize the Agreement Governing the Activities of States on the Moon and Other Celestial Bodies, adopted by a resolution of the UN General Assembly in December of 1979.