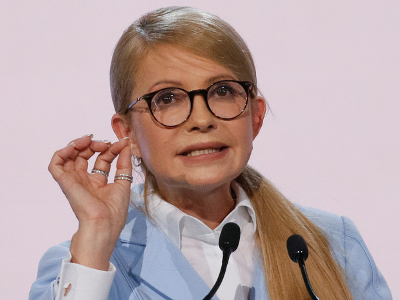 Tymoshenko Demands to Admit that Ukraine Is “Falling into Abyss”

OREANDA-NEWS. The leader of the political party Fatherland Yulia Tymoshenko during a meeting of the Conciliation Commission of the Verkhovna Rada of Ukraine said that it is necessary to “honestly admit” that the country is “falling into abyss.”

“According to all economic indicators, the country, to put it bluntly, is falling into abyss, you must honestly admit it,” she said. Tymoshenko noted that there was a drop in production over the past five months in Ukraine, while the state budget for January was unfulfilled by 13.8 billion hryvnias (552 million US dollars).

According to the politician, “when there is such situation, it is necessary to immediately assemble” the National Security and Defense Council of Ukraine and to examine the reasons for economic problems which had appeared in favourable conditions.
Source: OREANDA-NEWS
Подписывайтесь на наши группы: Instagram | VK | Facebook | Twitter
Материалы по теме: