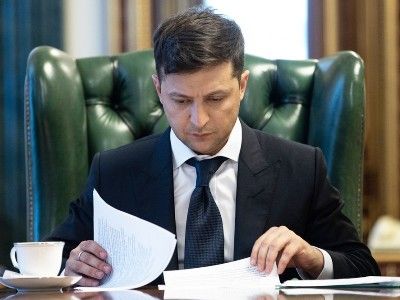 OREANDA-NEWS. On December 18, President of Ukraine Volodymyr Zelensky signed a law on the extension of the special status of Donbass until the end of 2020. This follows from the information published on the website of the Verkhovna Rada.

It is noted that the amendments to the law “On the Special Procedure for Local Self-government in Certain Areas of Donetsk and Lugansk Regions” were adopted by parliamentarians on December 12, and on December 18 the document was returned with the signature of the head of state.

The law on the special status of Donbass was to expire on December 31, 2019. On Thursday, 320 out of 450 deputies voted in favor of its prolongation. Initially, the text of the bill and accompanying documents were not published. Later, it turned out that the bill contains only one revision: on the duration of the law.

On December 18, the Russian Foreign Ministry commented on the bill. The agency noted that many provisions of the law were outdated. As an example, a paragraph was given on the timing of the elections in the Donbass in 2014, “which have passed long ago.” In addition, according to the Ministry of Foreign Affairs, the reference to the law on state language policy, which is no longer in force in Ukraine, is irrelevant.

Earlier, on December 14, the head of the self-proclaimed Donetsk People’s Republic (DPR), Denis Pushilin, said that the special status of Donbass should be established in the Ukrainian Constitution, and any amendments to the law should be coordinated with the DPR, as well as with the Lugansk People’s Republic (LPR).
Source: OREANDA-NEWS
Подписывайтесь на наши группы: Instagram | VK | Facebook | Twitter
Материалы по теме: