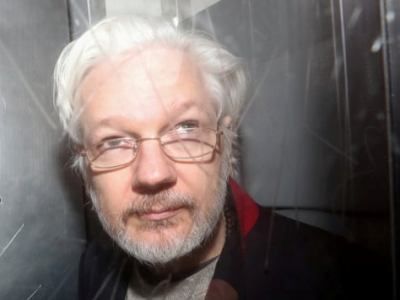 Washington Denies a Statement about a Possible Presidential Pardon of Assange

OREANDA-NEWS. The White House does not confirm the words of Julian Assange’s lawyer that US President Donald Trump promised to pardon the founder of WikiLeaks if he claims that Russia had nothing to do with hacking the server of the Democratic Party committee in 2016.

According to the British newspaper Guardian, Assange’s advocate Edward Fitzgerald told in London court that a former US congressman, Dana Rohrabacher, passed such an offer from Trump to the founder of WikiLeaks in August 2017.

White House Press Secretary Stephanie Grisham denies Fitzgerald’s statement. “The President barely knows Dana Rohrabacher other than he’s an ex-congressman. He’s never spoken to him on this subject or almost any subject. It is a complete fabrication and a total lie,” she said. Grisham suggested that the source of this information is the Democratic Party of the USA.
Source: OREANDA-NEWS
Поделиться в соцсетях:
Подписаться на наши группы: Instagram | VK | Facebook | Twitter
Rate this article: