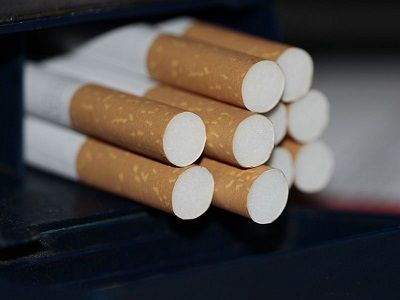 OREANDA-NEWS   The share of illegal cigarettes, the sale of which was not paid excise duty to the Russian budget, has almost doubled over the past year, according to a study conducted by an independent research group Nielsen.

According to this information, in the third quarter of 2018, the share of such cigarettes, including, in particular, counterfeit and contraband products, increased to 8.4% of the total volume of the Russian market against 4.5% in July-September 2017.

"The double growth of the illegal market is due to the growing influx of cheaper cigarettes from the EAEU countries (Belarus, Armenia, Kyrgyzstan and Kazakhstan) and abroad, as well as the rapid spread of illegal products that are in circulation without an excise mark or with a suspicious excise mark, including cigarettes, which do not specify either the address of production or the name of the manufacturer. The share of such cigarettes for the year increased almost three times", — noted in the Nielsen report.

Experts note the rapid growth of the share of illegal cigarettes in the territories adjacent to the borders with Belarus and Kazakhstan, where prices for tobacco products are significantly lower than in Russia. For example, in the city of Rubtsovsk (Altai Krai), located about 40 km from the border with Kazakhstan, almost 59% of cigarette packs collected by researchers were illegal. In the city of Shakhty (Rostov region), located near the border with Ukraine, the share of illegal cigarettes exceeded one third (34%).

"The leader of the anti-rating among large cities (from 500 000 people) is Rostov-on-don, where every third cigarette smoked has an illegal origin. In Novokuznetsk, illegal cigarettes account for 21.5% of tobacco sales, and in Penza and Omsk — more than 15%," — noted in the NIelsen report.

In early July, the Ministry of health also sent a letter to the Ministry of natural resources with a proposal to include cigarettes in the list of products that are subject to environmental charges.