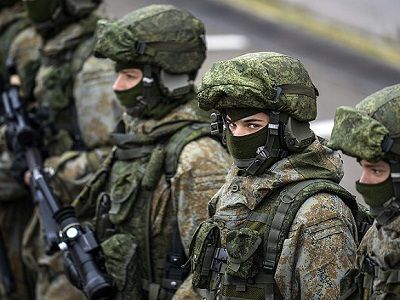 OREANDA-NEWS. The deputy director of JSC Radioavionika Oleg Barashkov reported RT about completion of developmental works on creation of a complex of investigation, management and communication (KRUS) "Sagittarius" of new generation.

JSC TSNIITOCHSHMASH (enters into Rostec state corporation) in 2020 plans to open the developmental works (DW) on creation of general equipment of the third generation. The set which will succeed Ratnika will receive the name "Centurion", - reported in corporation.

As explained in Rostec, the set of equipment will receive a number of the latest elements - "antimine boots", the antithermal suit hiding the soldier from infrared sensors and an antiradar suit.

"This year we finished ROC on creation of new generation of the Sagittarius complex. On "Army" it is not presented as we are in a stage of development of the advertizing passport and passport of export shape. These allowing documents grant to us the right for public demonstration of a complex" — Barashkov on fields of a forum "Army-2019" said.