Japan, Russia to Create a Device for Space Observatory

Science and engineeringResearch and developmentInternational activities 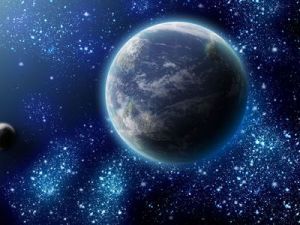 OREANDA-NEWS. Japan has signed a letter of intent to create a device for the space observatory in collaboration with Russia. Mikhail Sachkov, Deputy Director for Research of the Institute of Astronomy of the Russian Academy of Sciences, noted that Japan is ready to allocate funds for the project.

Japan last week signed a letter of intent to participate in the development of a device for the “Spectrum-UV” space observatory in collaboration with Russia. This was announced on Tuesday by the Deputy Director for Research of the Institute of Astronomy of the Russian Academy of Sciences (the leading scientific organization in the project) Mikhail Sachkov.

"A letter was signed by Japan on intent to participate in a project to develop a spectrograph for research of exoplanets around other stars. It was signed last week," Sachkov commented.

According to him, Japan is ready to allocate money for the project, but for this the countries have yet to conclude an agreement. The necessary documentation for the project is being prepared. "The device is in the process of documentation development, but the agreement between the agencies [Japanese Aerospace Research Agency and “Roscosmos”] on its delivery has not yet been signed, this issue has to be resolved by the two agencies," Sachkov said. To date, it is not known when the meeting for the signing of the contract will take place.

Earlier, Mikhail Sachkov also told Russian media that Mexico is also interested in the development and launching of the observatory “Spectrum-UV”. He stressed that Mexico’s participation would help reduce the project expenses.

The space telescope "Spectrum-UV" is said to be launched in 2024. This is an international project that will explore the Universe in the ultraviolet region of the electromagnetic spectrum (100-320 nm), which is not available for observations from Earth. The project is part of the Federal Space Program 2016 - 2025. The main partner of Russia is Spain.