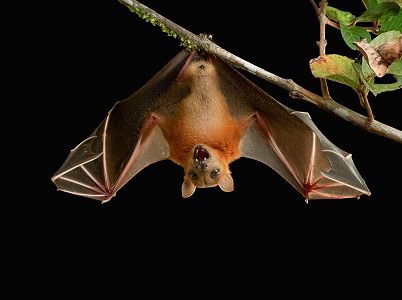 Science and engineeringFlora and fauna

OREANDA-NEWS  Concerned residents of the capital began to bring bats to the Moscow zoo. They found bats on the street, in the house, etc. In the center of winter overexposure for bats  people will help them survive and not die of cold and hunger in the winter.

Even now, according to the official website of the Mayor of Moscow, there are 15 bats in the center. With the onset of cold weather, they begin to look for a place to sleep and often choose attics, ventilation shafts. In these places the animal may wake up. In this case, it faces death - due to low temperatures and lack of suitable food

The overexposure center was opened a year ago. Last year, about 50 different bats spent the winter there. According to the General Director of the zoo Svetlana Akulova, all the animals helped to safely move hibernation.

After the bat gets to the zoo, it is examined for injuries or health problems, and if necessary - fed before it falls asleep. Animals need to gain some weight to live without problems in a state of sleep in the winter. So, many bats come to the center with a small mass and they are helped by specialists.

Zoologists noted that it is necessary to correctly determine the age of the bat. This can be done by fur: the kids it is absent, and in adults the cover is thick and fluffy. Cubs under the age of three weeks require only a dairy diet, up to six – the inclusion of a small amount of a mixture of flour worms, up to seven – both previous types of food and familiarity with live food. After seven weeks, bats can completely switch to eating insects.

It is important to make sure that the pet gets the right amount of water. If necessary, it will have to drink from a syringe or – in the case of severe dehydration-to fill the liquid subcutaneously with saline.

Hibernation in bats in the center takes place in a special box placed in the refrigerator. It is supported by a special temperature mode and comfortable for them. In addition, zoologists control weight loss - once a week animals are weighed.

Bats will be released after the May holidays. Once they wake up, they will be helped to regain strength, ability to fly and re-gain optimal weight.