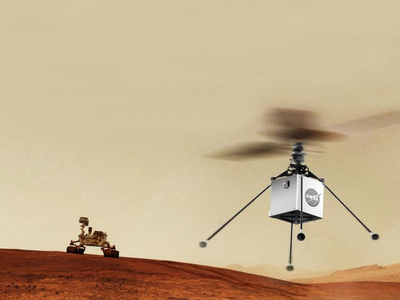 NASA Plans to Send a Rotorcraft to Mars

Science and engineeringTransportSpace transportation
OREANDA-NEWS Researchers reported that the Americans developed the world's first rotorcraft, designed to study other planets. It is assumed that the drone has to study Mars.

Employees of the Jet Propulsion Laboratory at the United States National Aeronautics and Space Administration mounted a Mars Helicopter rotorcraft. The drone was designed specifically for the rover, which will soon go to explore Mars as part of a new mission. Both devices will be launched together in July 2020. It is assumed that their landing will be completed in February 2021, inside the Jesero Crater.

Experts also noted that the helicopter is designed for flight tests of experimental technology, so there will be no scientific instruments on board.