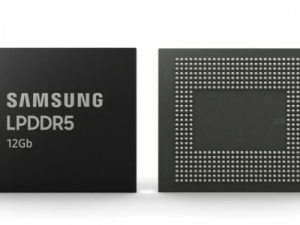 OREANDA-NEWS. Samsung Corporation announced the launch of serial production of memory chips LPDDR5 DRAM with a density of 12 Gbps. This is the first such case in the industry, and the chips themselves are designed for top-end smartphones.

The company claims that the new memory is "optimized in order to make possible the support of 5G and AI functions in future smartphones." Chip-based memory modules will begin production in July. And before the end of the year is expected to appear with a density of 16 Gbps.

The new memory provides data transfer with a speed of 5500 Mbps. This is about 1.3 times more than the LPDDR4X (4266 Mbit / s). Also promised to reduce energy consumption by a third. It has not yet been announced which smartphones will receive a new memory, but, most likely, they will be initially branded flagships. Although it is possible that the Chinese top models will be the first to enter the market.