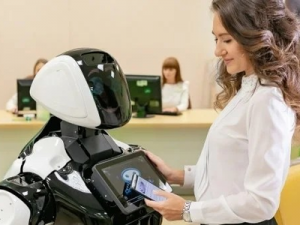 OREANDA-NEWS A study by the Analytical Center in the UK made a statement that women are twice as likely to lose their jobs because of robots as men. Article relevant content published in the publication The Sun.

Nearly two-thirds of British (64%) in industries at high risk for automation are women, the study showed. In total, every tenth working woman is associated with the probability of being forced out by robots. On the contrary, only 4% of men are in the danger zone.

It should be noted that the trend associated with robots is also observed in other countries. In particular, economist Carl Benedict Frey and engineer Michael Osborne argue that because of the constantly evolving and improving technology 47% of US jobs may disappear completely.