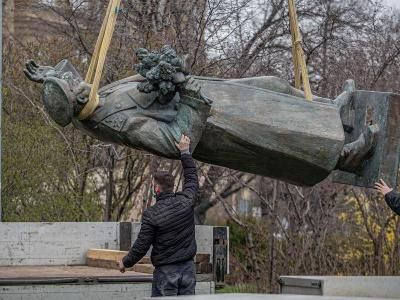 OREANDA-NEWS. The representative of the Czech Ministry of Foreign Affairs told reporters that moving the monument to Marshal Ivan Konev in Prague does not violate existing international treaties between the Czech Republic and Russia. “As for the new Russian legislation, we do not know the particulars at the moment, so we cannot comment on it in detail. In the near future lawyers will study it,” she added.

Later, he wrote a letter to his Czech counterpart Lubomir Metnar with a request to hand over the monument to Konev in Moscow, and announced the Russian side’s readiness to pay all financial expenses associated with this. A spokesman for the Czech Ministry of Defense said that a response would follow.