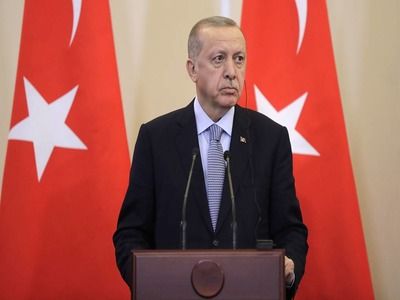 Erdogan Will Visit Russia on March 5

It is noted that the visit will be one-day. Earlier, Russian presidential spokesman Dmitry Peskov said that Russian leader Vladimir Putin and Tayyip Erdogan could meet in Moscow on March 5 or 6.

The leaders of Russia and Turkey held a telephone conversation on Friday, in which they stressed the need for additional measures to normalize the situation in northwestern Syria. The Kremlin’s press service said the parties agreed to intensify interagency consultations and work out the possibility of holding a summit.
Source: OREANDA-NEWS
Материалы по теме: