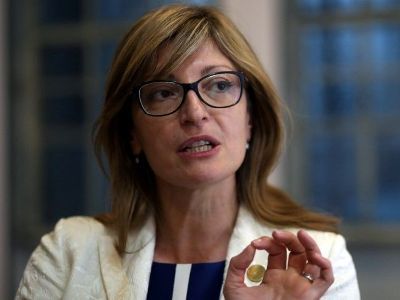 OREANDA-NEWS. The Bulgarian Foreign Ministry will call the Russian Ambassador and, most likely, will deport two Russian diplomats who are suspected of espionage.

Earlier, the Prosecutor's Office of Bulgaria reported on pre-trial proceedings. The criminal case against diplomats was suspended due to their immunity.

“We have received letters from the prosecutors with the allegations. We will undertake the action that we are obliged to undertake and will most probably declare them “persona non grata,” Bulgarian Foreign Minister Ekaterina Zaharieva said.

It is known that one of the diplomats worked as the first secretary in the consular department of the Russian Embassy in Sofia. He allegedly requested information about the mechanisms of the electoral process in Bulgaria. A diplomat from the Trade Representation since 2018 allegedly collected classified information, including data connected with the sphere of energy and energy security.
Source: OREANDA-NEWS
Материалы по теме: