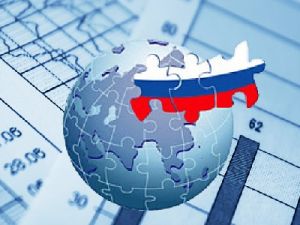 OREANDA-NEWS  The working group on facilitating the implementation of new investment projects supported the inclusion in the draft law on "stabilization amendment" of the item on compensation to business in case of losses from the introduction or lifting of sanctions of the Russian Federation against other countries. The final decision will be made by the government of the Russian Federation. The first Deputy Prime Minister, Minister of Finance Anton Siluanov heads a working group.

"Indeed, the business raises the question that the introduction of any trade restrictions on the initiative of Russia or the abolition of existing and incorporated in the business plan is a circumstance that changes the working conditions of the investment project. At the level of the working group to promote the implementation of new investment projects, the business proposal to include this position in the perimeter of the stabilization clause was supported, but the final decision on this issue will be taken by the government," the Ministry of Finance reported.

Earlier was reported that the working group is considering the possibility to extend the "stabilization clause" to the risks of imposing or lifting sanctions by the Russian Federation. The contours of the stabilization clause are currently being determined, they will soon be finally formulated in the draft law on investment activities, the Ministry recalled.

According to the government's plan, one of the elements of protecting the rights of investors, who placing capital in Russia will be the "stabilization clause" - a legal norm that provides a guarantee of the invariability of doing business for entrepreneurs who have signed an appropriate investment agreement with the state. The law on the protection and promotion of investment entitles the business to conclude with the government agreement about the stability of the regulatory conditions in exchange for protection from changes in legislation and the right to tax deductions.

At the same time, the previous version of the draft law stated that it would apply to projects with a total budget of 10 billion rubles, while the business's own investments had to be at the level of 3 billion rubles.

Earlier, Russian presidential aide Andrei Belousov said that the Kremlin expects that the State Duma in the spring session will adopt a law on the protection and promotion of investment.