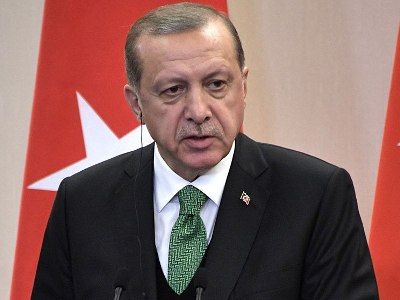 Erdogan Said that Turkey Has Not Yet Sent Troops to Libya

OREANDA-NEWS. Turkish president Recep Tayyip Erdogan stated that Ankara has not yet sent troops to Libya.

According to the politician, nowadays only Turkish military advisers are present on the territory of African country. “We are not sending military force there right now. We just sent a team of military advisers and instructors there,” Erdogan told Turkish reporters after returning from Berlin.

An international conference on the settlement of the conflict in Libya with the participation of Russia, the USA, Turkey, Egypt and other countries, as well as the EU and the UN, was held in German capital on January 19. The Prime Minister of the Government of National Accord Fayez al-Sarraj and the commander of the Libyan National Army Khalifa Haftar were at the summit. However, other parties failed to organize direct negotiations between them.
Source: OREANDA-NEWS
Подписывайтесь на наши группы: Instagram | VK | Facebook | Twitter
Материалы по теме: