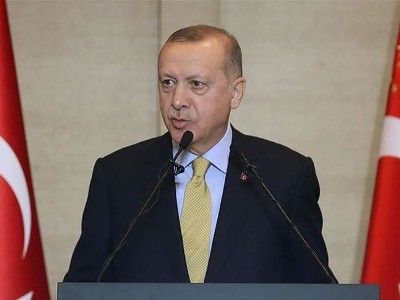 OREANDA-NEWS. Turkish President Recep Tayyip Erdogan said that two thousand fighters of Russian paramilitary organization Wagner Group operate in Libya. Earlier, he stated that if Russian “private military companies” are located in the country, Turkey can send its troops there.

Last week, Erdogan said that Turkey would not be silent about the activities of the Wagner Group in Libya. He also grounded the possibility of troops entering Libya by the fact that the Russian mercenaries are located in the territory of the country.
Source: OREANDA-NEWS
Материалы по теме: