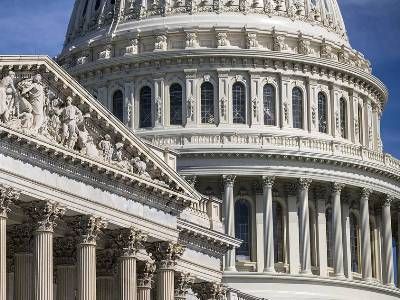 OREANDA-NEWS. The US authorities expanded the list of sanctions on Iran, adding five companies based in the United Arab Emirates. This was reported in a press release by the US Department of Treasury.

Restrictions are imposed on Alam Althrwa General Trading LLC, Alphabet International DMCC, Alwaneo LLC Co., Petro Grand FZE and Swissol Trade DMCC. According to Washington, all of them “facilitate the Iranian regime’s petroleum and petrochemical sales.” “In 2019, these five companies collectively purchased hundreds of thousands of metric tons of petroleum products from the National Iranian Oil Company (NIOC).  Iran’s petroleum and petrochemical industries are major sources of revenue for the Iranian regime, which has used these funds to support the Islamic Revolutionary Guard Corps-Qods Force’s (IRGC-QF) malign activities throughout the Middle East, including the support of terrorist groups.  At least three of these companies have falsified documents to conceal the Iranian origin of these shipments,” the message of the Treasury reads.
Source: OREANDA-NEWS
Материалы по теме: