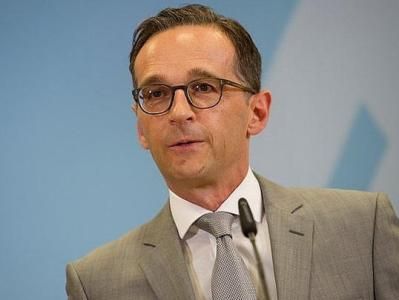 Maas Opposes US Attempts to Entice away German Scientists

OREANDA-NEWS. German Foreign Minister Heiko Maas opposes the alleged attempt by the United States to exclusively obtain the results of studies conducted by German scientists developing a vaccine against coronavirus.

Earlier, the newspaper Welt am Sonntag, citing a source in the German government, reported that US President Donald Trump was trying to entice away German specialists who are working on a vaccine. It was reported, in particular, about company CureVac located in the town of Tubingen. Trump allegedly offered the scientists large sums of money with the goal of either moving them to the USA or getting a vaccine exclusively.

“German researchers play a leading role in the development of medicines and vaccines in collaboration with the whole world. We cannot allow others to want to exclusively receive the results of their researches,” Maas stated in an interview with Funke. According to the Minister, he has already talked about this with his colleagues from Canada, South Korea, Brazil and Australia, and this topic will be discussed in the Group of Seven. “We will defeat this virus only together, and not acting against each other,” Maas resumed.