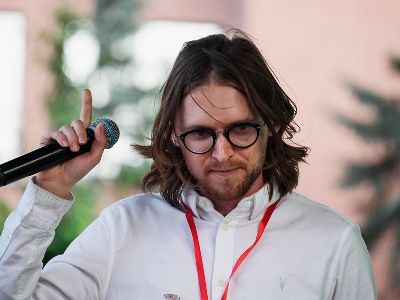 OREANDA-NEWS. The Moscow Regional Security and Anti-Corruption Department did not agree to hold a rally against “zeroing” of presidential terms. This was announced by the head of the movement Civil Society, Mikhail Svetov.

The document signed by the first deputy head of the department Vasily Oleinik says that the meeting is not allowed to prevent the spread of the coronavirus infection in Moscow on the basis of the mayor’s decree “On the Introduction of a Regime of Higher State of Readiness.” According to it, any mass events with the number of participants of more than 5 thousand people are prohibited until April 10.

“The City Hall refused illegally… We are preparing a lawsuit now. Because of the quarantine, it is necessary to cancel the vote, during which millions of people would be infected, but not bypass its own rules and cancel a rally,” Svetov wrote on Facebook.
Source: OREANDA-NEWS
Поделиться в соцсетях:
Подписаться на наши группы: Instagram | VK | Facebook | Twitter
Rate this article: