Austria Allowed Trains from Italy to Enter after Checking for Coronavirus
Transport, 24.02.2020, 15:11

One Third of Russian Political Parties May Be Eliminated in 2019 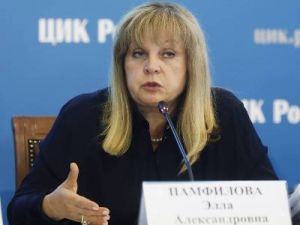 OREANDA-NEWS. Ella Pamfilova, the head of the The Central Election Commission (CEC) of the Russian Federation reported that a one third of Russian political parties may be eliminated by the end of the year for non-compliance with legal requirements.

She reminded that in 2012 requirements for the creation of parties in Russia were “extra-liberalized”. For instance, the number of members required for their registration was reduced from 40 thousand to 500. The period during which the party must prove compliance with a number of criteria, including participation in electoral campaigns, was increased from 5 to 7 years.

In January 2012, 7 parties had a right to participate in elections. In 2016 there were 74 parties, nowadays there are 61. “We can see a steady downward trend in their number. Short-lived parties leave this world little by little”, Pamfilova said.

The chairman of CEC noted that 32 political parties were created 7 years ago, and it means that this year they will have to be tested for compliance with the requirements of the law. “According to our forecasts… about a one third will confirms their justifiability, and another third can be eliminated by the end of this year,” she said.

Almost half of parties submitted zero consolidated financial reports for 2018, Pamfilova said and added that such report is “an important indicator of the life activity”.

The CEC presented an information project on the activities of political parties in Russia. The data will be posted in the section “Candidates and parties” on the CEC official website.